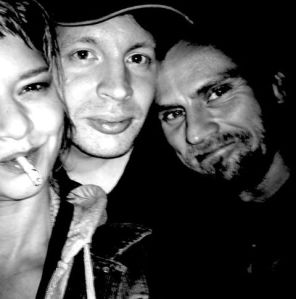 For people out there that have never heard of you, give us three reasons why they should?

Tell us a little about where you’re from: do your surroundings affect the music that you create?

We are from a small city called Pori (pop. 78,000) which is located on the west coast of Finland. A quiet, working class city with a reputation of being a bit rough. It’s a great city to do music and art in general. No fancy scenes or hipsterious surroundings! A bit boring sometimes, but in a good way. You really have to invent your own universe to amuse your imagination.

If you could have played on or written any song, what would it be?

Sorry! This is too violent question for me to answer!

How did the band come in to being? And where did the name come from?

Me (Pasi Salmi) and Mika Rättö wanted to do synth based pop-music with Finnish lyrics. We knew Noora from a local band called Low Life Rock ’n’ Roll Philosophers and we felt that she would fit perfectly to play the part of Eleanoora Rosenholm. Mika is a writer and singer in such groups as Kuusumun Profeetta, Circle and Rättö ja Lehtisalo and I myself play in a band called Magyar Posse. Mika writes the lyrics and we compose the songs together. Also Noora has composed some parts. Eleanoora Rosenholm is sort of an artistic side affair for all of us, but it’s more about making music with good friends. All the members of the Eleanoora live line-up are good friends rather than hired guns. Eleanoora Rosenholm was a mytchical figure born in 1909 in village near the Russian border.

What is the most memorable gig you have played, and what can we expect of your live set at Ja Ja Ja?

Maybe Ilosaarirock. A big summer festival and we played in a tent to 4000 drunken people. That was great! At Ja Ja Ja you are going to hear an intensive cut-through of our playful musical repertoire.

If you were asked to curate your own Ja Ja Ja night, which three acts would you choose and why?

My personal trio would be: Scott Walker, Arvo Pärt and Ennio Morricone. Music speaks for itself!

We’d like you to make us a Nordic themed mix-tape. Which five tracks would you choose? 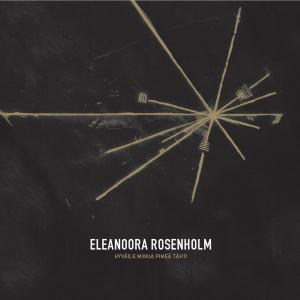 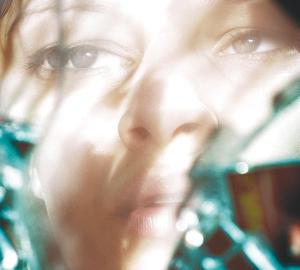 «Eleanoora Rosenholm and her six orphan brothers step up on the altar hunted by an unexplainable grief and misery. The nun has been desecrated in the monastery and the schools principal mutilated in the primary schools woodshed. A russian prisoner of war draws his last breath on a snowy potatoe field. The relentless fist of war strikes fire in the horizon. We will never understand why things in life turn out the way they do, for they form and grow deeper meaning despite of us. Chaos has its own will and its boot does not step to the General officers lash.» 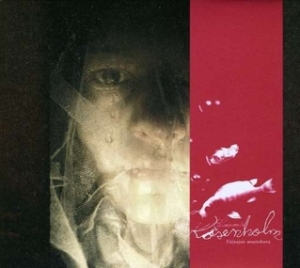 «Think you might’ve had Fonal’s M.O. figured by now, didja? Fractal, often improvised electro-acoustic noise; shades of spirituality; collectives and excitable art-children. The Finnish label’s new project, Eleanoora Rosenholm, shatters all of those preconceptions save the final one, as a trio of veterans and a handful of friends convene (even when taking a singular name and writing bizarre first-person Dear John letters, Finnish artists travel in packs) to craft an art-disco rollercoaster that defies much of the rest of the label’s catalogue.

Vainajan Muotokuva opens with the attention-grabbing «Musta Ruusu», which immediately springs the album’s unexpected list of touchstones: ABBA, Madonna, Kylie Minogue. Disco influences also abound and they are «Italo-» in as much as they are born from polished, attentive programming and not, say, funk or rock’n’roll. There is a tendency to mentally smooth over albums sung in foreign languages– Noora Tommila’s unfamiliar syllables, however clearly they are articulated, seem to come unlodged from her throat in indefinable clumps– but it doesn’t take long for Vainajan Muotokuva varied stylistic conceits to reveal themselves.

The rumbling bassline and slyly rhythmic chimes of «Kopiokissa» seemingly snuck out of Massive Attack’s sequencers. The frantic kit-work and «bum bum buh buh»‘s of «Kodinrakennusohjeet» expose krautrock roots. «Japanilainen Puutarha», which contorts around a click-clacking snare, monosyllabic guitar line, and woozy synths, is almost Timbalandian in the way its busyness rises from an economic arrangement. There’s also «Pyhäpietarinaukio», which spends two minutes on an ambient think-piece more akin to Fonal’s natural order, but its dark serenity explodes into «Kiltti Vai Tuhma», the most blatantly pop-baiting track on Vainajan Muotokuva (possibly in the Fonal universe). Burly closer «Maailmanloppu» steals the Transylvania-ian bells from the Smashing Pumpkins «Disarm» and rolls them into a jerky, stepping bassline, paving the way for a choir-like group chorus that stands as the most ostentatious moment on an album full of idiosyncrasies.

Despite the bands and styles cited above, Vainajan Muotokuva is only nominally a dance or disco album. At their most propulsive, during «Maailmanloppu», Eleanoora aren’t going to move a lot of sneakers. Vainajan Muotokuva is a headspace tempest, but one that is distinctly foreign. Even as repeated listens uncover familiar modes and styles, Tommila’s melodies remain windily Scandinavian. Any familiarity or placidity brought about by the influences in play here is frequently and probably intentionally interrupted by jarring, ill-fitted sound effects. Still, it is comforting to pronounce the album titles phonetically and to hear them repeated during the song– as on «Musta Ruusu»– because it reassures your brain that these are the type of songs– pop songs– in which the title is used as a refrain.

Vainajan Muotokuva, even when playing genre hopscotch, never feels like the work of a collective, but rather that of a vocalist and a particularly astute programmer, à la Giorgio Moroder or Maurice Fulton. These slight subversions of precedent help to define an otherwise slippery album: salty Euro-pop, shiftless disco, communal focus. Vainajan Muotokuva stands as an outlier for Fonal musically but it rather perfectly embodies the label’s spirit of exploration.« 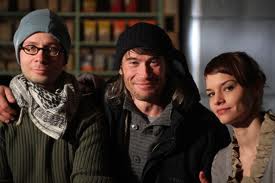 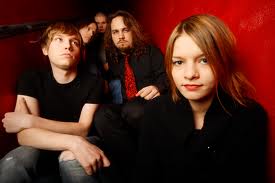