The tour with Kverlatak is nearly over, how has it been being part of an eclectic bill?

El Doom: It’s been great coming to the UK; it’s been great having been listening to a band for many years and going on tour with them. I am really looking forward to playing London and on to the rest of Europe, starting with Paris tomorrow. I won’t be back home for another 3 weeks.

Just from listening to your self-titled release, you can tell that you’ve strived to do your own thing. What is it that you hope to achieve with El Doom and the Born Electric?
El Doom: I’ve been in several bands through the years and some of the people I have played with have been a little too progressive to be in a band with so I decided to start my own. I can now do whatever I want to do, whenever I want to.

You’re from Norway, and I have to ask: what is your opinion of black metal?
El Doom: I think you are asking the wrong guy; I don’t like much Norwegian black metal, at all actually.  I think it’s kind of stupid. There’s too much of it, it’s everywhere and I think it is very important that El Doom and the Born Electric do not sound like black metal at all. I think this will hopefully tear us apart from the black metal style and all the other standard metal stuff.

Is there any particular process that you follow as a band to achieve the sound that El Doom and the Born Electric possesses?
El Doom: No, not really. As I have previously said, I’m not in to the progressive stuff but am really in to a good chorus. The mixture between a rock and roll approach and an assessable chorus is a great combination. What I liked about the Kverletak tour is that I didn’t have to be metal at all.

El Doom and the Born Electric is made up of a mix of experienced members from the Norwegian progressive, music world; when you got together to form the band, did it just happen or was there more planning involved?
El Doom: It was something that happened a little bit by chance. Brynjar and Haavard [Takle Ohr] on guitar and drums are great friends of mine so that was an obvious choice; they’re big fans of Rush and there is no way that I would be able to play that type of stuff. The bass player [Nikolai Hængsle Eilertsen] and organ player [Hedvig Mollestad] they are from a very good jazz band called Elephant9, and there is a scene now around that label which has my band, and Supersilent – 4 or 5 bands right now that are creating a really cool scene. At the moment, it’s a really good place to be.

You’re used to played bigger stages in Norway; how does it feel to be playing the smaller venues in the United Kingdom?
El Doom: It’s great and the reception has been very good even though we have been on very early. The main difference between here and Norway is that people actually come out to see the show; the beer prices are so high that everybody stays home to save money for the main act. A drink in Norway is about 8 pounds so THAT is the obvious reason why people do not go out to shows- there is also a big difference buying in the store to buying at the venue. There is a big, big culture in Norway of going to the store before the show to save money. So, being here compared to being Norway heightens the exposure of the bands as there are more people who buy the tickets. Here also, because of the lower age limits at shows, you can get people in to rock and roll which is never a bad thing. 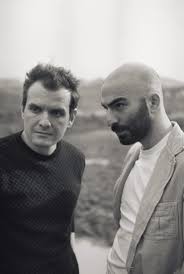 Changing Turkey: Could you tell us a bit about your recent/forthcoming albums?

Portecho: We released our first album “Undertone” in 2006. Our second one “Studio Plastico” has been released in 2009 February which is recent. At the moment we are giving a lot of concerts to promote our second album. We are always talking about ideas for the next one but I don’t think it is going to be soon.

Changing Turkey: Why did you decide to withdraw your video clip ‘Studio Plastico’

Portecho: The video clip shows a woman in Islamic burka wearing a mini skirt. This was misinterpreted by some viewers and it became disturbing for us. It was also scandalized by the conservative press that branded us “heretics”. It was this misinterpretation and ugly speculation that made us withdraw the video clip by releasing a statement on our myspace page.

Changing Turkey: What is the original message that you intend to transmit to your audience through the ‘Studio Plastico’ video clip?

Portecho: It was just a video clip and it only pointed out a simple irony that we see everyday on the street here in Istanbul. There is no message.

Changing Turkey: What kind of responses/reactions did you have from your audience vis-a-vis the Studio Plastico video clip?

Portecho: We ended up being accused of making fun of the religious which was obviously not our intention. Interesting thing is that some of those people had not even watched the whole video, they had just seen a screenshot on the paper. Fortunately this was minority of the responses. Most of them were actually positive.